I have some doubts:

I can use this engine in a comercial indie game?

Do you think that is possible port it to mobile (Android and IOS)?

Using with cocos2dx or marmalade?

Hi retf,
I think the Senscape crew is on the way to Gamescon, so I’ll try to answer what I can. Right now, the engine is in flux as the original Dagon engine is being ported into Unity (called “Dagonity” or “Dagon for Unity”). Development of the stand alone Dagon engine is currently on hiatus, because the Senscape game, Asylum, is being developed with Dagonity. Dagon is (was?) being distributed under MPL 2.0 licensing, so it’s free to use for your game whether commercial or not. I think the last word was that Dagon was being developed with C++ and I know that Agustin is developing on a Mac. Scripting language is Lua. Sorry, but I don’t know about cocos2dx or marmalade. Dagon is planned for Windows, Mac, Linux, and eventually iOS.

Dagonity will (I’m almost certain) fall under the Unity licensing, since Unity will be the “mother” engine. Free Unity is okay for commercial use, but you must pay for the Pro version if you make over $10k from your game. I’d check for platform information at the Unity site.

There’s more about the Dagon engine if you follow the links below. You can customise Dagon by downloading the Asylumdemo and replacing the assets with your assets and Lua scripts. If you can code and want to make major changes, then you can download the SDK at the second link. Agustin expects for anything that works in Dagon to be able to be moved to Dagonity, with minimal changes. I hope this helps.
http://www.senscape.net/dagon/ 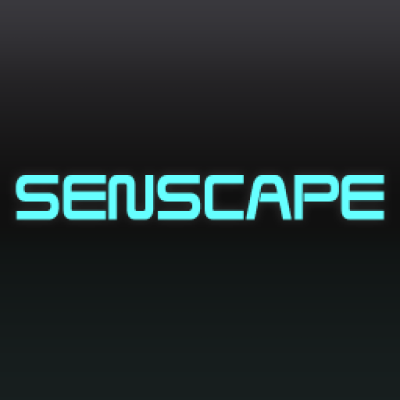 Thanks Imari for the brilliantly detailed information! You covered everything – yes, I certainly believe it’s possible to do the port but it shouldn’t be necessary to use third party libraries. Both versions are still under production and our current priority is Dagonity, which will be released for testing next month

I’m not quite back, but I finally have some decent wi-fi connections

I am trying do a cube-map, but I have no sucess, my images dont fit! (see file)

Well, I use 18mm camera, and 1:1 , perspective (DazStudio), I did try check wiki on github, but I have no success!

Where I can find information about creation of cubmap on 3d packege?

Hi retf,
Check out the section on cube maps on the wiki --> https://github.com/Senscape/Dagon/wiki/All-About-Cube-maps

There’s an explanation of how they work and then at the bottom of the page are instructions for making cubemaps in Blender, Thea, and Vue d’Esprit. I don’t use Daz Studio, so I don’t know if you can make cubemaps in it.

If you just look at the images next to each other, you do get a distorted image. In the engine, you don’t. Try Googling “cube maps” for examples.

not sure about Daz but for Bryce

Select the camera from the “Select Options” drop-down menu at the bottom of the screen, then click on the Attributes icon.

Enter the following Settings for each image, leaving the other settings untouched before switching to camera view:

Also, you will need to uncheck the “Link Sun to View” box in the Sky Lab, or the lighting will vary from face to face.

The images can be rendered as one six-frame movie, or the six views stored in the “Saved Views” and rendered and exported individually.

As far as I can tell your camera FOV is not 90 degrees. Make sure it is set up correctly.

Hi All, thanks for help, I will try!

Anyone can post one sample cube map? I can see how its look, how imges fit!

I’m not sure that this is what you’re looking for, but I lined up the six images of the cube into a single image. The node depicted is a railroad car-like sleeping room. The four walls are straight, but when lined up, they look like they are bent.

Now I need try reproduce it on my 3d packege.

Hi, Thanks a lot for your help!

well this is a shame! :’( I note that FOV don’t change nothing in DAZ, I will check other options!

Again, thanks a lot for your help!

Bryce gives very similar results to Daz Studio and a lot of people have used it successfully in panoramic games, its great for exterior shots… its just the rather weird UI that takes some getting used to ???